Broad-spectrum antibacterials such as the ophthalmic fluoroquinolones are powerful weapons for treating and preventing potentially sightthreatening infections – but only if prescribed rationally. In just a few years, some common ocular pathogens have become less susceptible to once standard therapies. Studies have shown that the prevalence of antibiotic resistance can vary widely by region and may be linked to outpatient consumption of antibiotics. 1,2 The sheer number of bacteria exposed to oral antibiotics is so large that it is a statistical certainty that some bacteria will develop resistance to antibiotics. The greater the exposure of bacteria to a drug over years of clinical use, the more ‘selection pressure’ there is for resistance to emerge to that drug. While the operating assumption is that treatment-limiting resistance to all antibiotics will develop over time, this is true only if resistant bacteria survive to pass on resistance genes.3

Most resistant ocular pathogens emerge as a result of widespread systemic antibiotic use, not specifically from ophthalmic antibiotic use. However, information on local, regional and global antibiotic resistance can be an important resource for ophthalmologists, especially when susceptibility data are available from ocular infections. Programmes that systematically monitor antibacterial susceptibility/resistance patterns provide critical information for the rational use of antibacterials. In vitro susceptibility testing of large numbers of isolates from multiple laboratories, compiled over time, can detect and track emerging resistance.

In susceptibility testing, minimum inhibitory concentrations (MICs) are interpreted as ‘susceptible’ or ‘resistant’ according to published standards. These interpretations are useful for predicting which drugs might be effective against a particular pathogen. Large-scale susceptibility surveillance has documented the potential durability of fluoroquinolone usefulness in the form of levofloxacin, which continues to exhibit in vitro activity against common ocular pathogens despite a decade of widespread oral and intravenous use for systemic illnesses. The durability of this antibacterial activity of levofloxacin has most recently been documented by nationwide surveillance programmes in the US.

TRUST and Ocular TRUST
Tracking Resistance in the US Today (TRUST) is the largest continuous active surveillance network of its kind. Conducted annually since 1996, TRUST has tested susceptibility in more than 70,000 isolates from all infection sources, collected from over 200 hospitals across the US. Ocular TRUST is a substudy of TRUST that collects and tests isolates specifically from ocular infections submitted by participating eye centres and community hospitals. Both programmes use the same methodology of testing by a central, independent laboratory. The results of the first Ocular TRUST survey have recently been reported.4,5

Implications of Surveillance
The data from Ocular TRUST 1 correlate well with those from other largescale surveillance programmes. In archived ocular isolates collected over eight years in the overall TRUST programme, susceptibility to levofloxacin, moxifloxacin and gatifloxacin was the same in S. pneumoniae and did not fluctuate from year to year. Both Ocular TRUST 1 and the overall TRUST programme found that 10% of S. pneumoniae ocular isolates were non-susceptible to ciprofloxacin.

The S. aureus susceptibility profiles in Ocular TRUST 1 mirror those of The Surveillance Network (TSN), a surveillance programme that tested more than 7,000 S. aureus ocular isolates between 2004 and 2006. TSN found that the four fluoroquinolones tested – ciprofloxacin, gatifloxacin, levofloxacin and moxifloxacin – were indistinguishable in terms of both MSSA susceptibility (90–92%) and MRSA susceptibility (27–32%).6

Despite the selection pressure from more than a decade of extensive use of ciprofloxacin and levofloxacin, widespread resistance of S. pneumoniae to levofloxacin – or to moxifloxacin or gatifloxacin, which have much lower exposures – has not emerged; susceptibility to ciprofloxacin has declined to a modest degree. MSSA and MRSA susceptibility/resistance patterns are virtually identical for the fluoroquinolones.

The durability of levofloxacin (and, by extension, moxifloxacin and gatifloxacin) antibacterial activity demonstrated in longitudinal surveillance may reflect important pharmacodynamic characteristics of these agents that maximise drug concentration at the site of infection.

Antibacterial Activity and Pharmacodynamics
MICs are often used to draw comparisons of potential antibacterial activity against specific pathogens. However, such comparisons assume that lower MICs translate into greater effectiveness clinically. However, using MICs as surrogate indicators of effectiveness overlooks critical factors that influence drug concentrations in target tissues and bacterial cells, and therefore also influence effectiveness. In addition, properties that affect the penetration and accumulation in ocular tissues must be considered. The solubility and lipophilicity of topical antibiotics will affect their tissue penetration and concentration, and will thus affect their bactericidal activity against encountered pathogens.7

For an antibiotic to eradicate and prevent regrowth of pathogens, tissue concentrations must be maintained at bactericidal
concentrations.3 The achievable drug tissue concentration of topically applied ophthalmic antibiotics is influenced by the initial concentration of drug in tears. This can be especially critical to antibacterial activity since only a small percentage of instilled drug (perhaps less than 10%) may actually reach the site of an infection because of spillage, tear drainage and eye anatomy.8 The aqueous solubility at physiological pH determines the drug concentrations that can be delivered with antibiotic application. Of the ophthalmic fluoroquinolones, ciprofloxacin is the least soluble, while levofloxacin is the most soluble at neutral or near-neutral pH. On the other hand, antibiotics must also be lipophilic in order to penetrate into tissue and sequestered bacteria. Fluorescence measurements of fluoroquinolone penetration in rabbit corneas found that both levofloxacin and gatifloxacin penetrated the epithelium significantly more than ciprofloxacin.9 In keratoplasty patients, corneal tissue levels of ciprofloxacin and levofloxacin exceeded the MIC90 of sight-threatening bacteria.10 Levofloxacin had greater tissue penetration and concentration than ciprofloxacin, likely because of its higher concentration (0.5 versus 0.3%) and solubility at physiological pH, as well as its better lipophilicity. A corneal permeability model based on the aqueous solubility and lipophilicity of fluoroquinolones found that moxifloxacin and levofloxacin had higher lipophilicities – predictive of greater cell penetration – than gatifloxacin and ciprofloxacin.11

Numerous other factors can influence in vivo activity besides drug pharmacodynamics and pathogen susceptibility. Ultimately, the most relevant measure is clinical response. Rational prescribing of ophthalmic antibiotics should incorporate both pharmacodynamic and susceptibility data in the decision process regarding appropriate antibacterial treatment.

Conclusions
Longitudinal antibacterial surveillance can be an important resource for healthcare professionals who must make decisions about appropriate antibiotic treatment. Susceptibility and resistance patterns revealed in surveillance testing can demonstrate which antibiotics continue to maintain broad-spectrum activity, as well as which pathogens are developing problematic multidrug resistance. Ocular TRUST susceptibility surveillance shows that S. aureus isolates are equally susceptible to all fluoroquinolones tested. However, MRSA is revealed as a multidrugresistant pathogen, highly resistant to all antibiotics tested except trimethoprim. In S. pneumoniae, Ocular TRUST shows the continued durability of levofloxacin, with continuing high susceptibility despite the high selection pressure of a decade of widespread systemic fluoroquinolone use of both levofloxacin and ciprofloxacin. 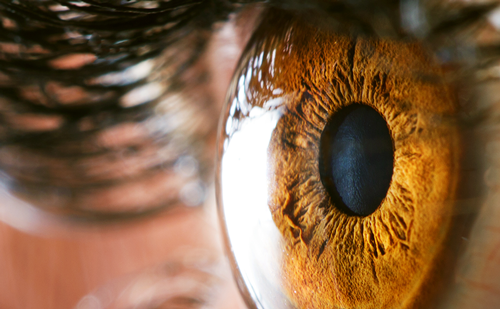 Brunescent, or brown, cataracts are found in advanced cataracts and can cause decreased visual acuity, with poor contrast and color discrimination, especially at the blue end of the visible light spectrum.1 They are particularly challenging to treat due to the increased nuclear density, and surgery is associated with a higher rate of complications compared with other […]

Recently, new surgical modalities for management of primary angle-closure disease (PACD) have been proposed; the most controversial of which being clear lens extraction (CLE). The Effectiveness in Angle-closure Glaucoma of Lens Extraction (EAGLE) and other studies recommend CLE as the primary procedure of choice to manage eyes with PACD.1–5 However, the rationale for CLE without resorting […]