High-speed, high-resolution imaging of the retinal nerve fiber layer (RNFL) with spectral-domain optical coherence tomography (OCT) has become an essential tool for evaluation of glaucoma. The Cirrus HD-OCT (Carl Zeiss Meditec, Inc. Dublin, CA) is a spectral-domain OCT that provides visualization of the distribution pattern and measurement of RNFL abnormalities in a 6x6mm2 optic disc region. Analysis of the RNFL thickness deviation map—a color-coded map displaying areas of RNFL abnormalities—detects glaucoma with high sensitivity and specificity. Trend analysis of average and sectorial RNFL thicknesses, and event analysis of the RNFL thickness maps and the RNFL thickness profiles can be used to detect and follow diffuse and focal RNFL progression. RNFL measurement with spectral-domain OCT could provide important information for use in formulating treatment plans and evaluating disease prognosis in the management of glaucoma.

Optical coherence tomography (OCT) is a non-contact optical technique that allows imaging and measurement of the retinal nerve fiber layer (RNFL). Since 1991,1 OCT has undergone rapid evolution for use in detection and monitoring of glaucoma and macular diseases. Based on the principle of low-coherence interferometry, OCT measures the intensity of backscattered infrared light. Time-domain OCT operates by using a moving reference mirror to measure the consecutive sequence of echo time delays. By contrast, the reference mirror in spectral-domain OCT is stationary. The interference spectrum data is detected by a spectrometer and Fourier transformed to generate axial measurements.2 This means that spectral-domain OCT has a much faster scan speed (at least 20,000 A-scans per second) than time-domain OCT (up to 400 A-scans per second for the Stratus OCT, Carl Zeiss Meditec, Inc.).

High-speed imaging allows volumetric datasets covering a region of the optic disc to be captured in a few seconds. The axial resolution of approximately 5μm means that the RNFL can be measured with low variability. These features greatly facilitate the imaging of RNFL for glaucoma evaluation. This paper uses the Cirrus HD-OCT (Carl Zeiss Meditec, Inc.)—a spectral-domain OCT—as an example to illustrate the advances in OCT technology to detect and follow glaucoma.

The Optic Disc Cube Scan
The Cirrus HD-OCT (Carl Zeiss Meditec, Inc.) uses a super luminescent diode with a center wavelength of 840nm and has an acquisition rate of 27,000 A-scans per second. The transverse and axial resolutions are 15μm and 5μm, respectively. A line scanning ophthalmoscope with a frame rate of 20Hz provides a ‘fundus viewpoint’ to indicate the retinal area addressed by the OCT scan. The ‘optic disc cube’ scan protocol is used to image the optic disc and the RNFL over the 6x6mm2 parapapillary region using 200×200 axial measurements. The RNFL at each scan point is then segmented and measured, and an RNFL thickness map is generated in the analysis printout (see Figure 1).

Evaluation of Scan Quality
Obtaining good quality OCT images is pivotal for interpretation of RNFL measurement. Signal strength, an image quality index with a range from one to 10, is an indicator for the signal-to-noise ratio of the OCT images. It has been shown that signal strength is directly proportional to RNFL thickness.3 An image with a low signal strength often results in underestimation of RNFL measurement.4–6 Although it is commonly considered that an image with a minimum signal strength above 6 would be required for interpretation of RNFL measurement, taking images with the highest obtainable signal strength is recommended. Another factor that could degrade image quality is motion artifacts. As it takes 1.5 seconds to capture an optic disc cube scan, any saccadic eye movement and blinking during the scan may disrupt the normal collection of data points. It is therefore important to review the line-scanning ophthalmoscope with overlaid OCT en face images to ensure there are no discontinuities (see Figure 3) or horizontal black lines. The image should be re-taken if a motion artifact or blinking is detected.

Analysis of Circumpapillary Retinal Nerve Fiber Layer Thickness
The conventional approach to analyzing the RNFL thickness is based on the measurement obtained with a circular scan of 3.45mm in diameter centered at the optic disc. For time-domain OCT, manual placement of the scan circle is required during imaging, and this can induce measurement variability.7,8 For example, it has been estimated that a 500μm vertical shift of the 3.45mm measurement circle could result in a 11.67μm change in average RNFL thickness.9 Scan misalignment may render the diagnostic classification for glaucoma unreliable and hamper the detection of real changes during follow-up. In the Cirrus HD-OCT, the software automatically identifies the center of the optic disc by finding a dark spot near the center of the scan that has a shape and size consistent with a range of optic discs. A calculation circle 3.46mm in diameter is then positioned around the optic disc. By minimizing the variability relating to scan circle misalignment inthis way, circumpapillary RNFL thickness measured by the Cirrus HD-OCT has been shown to have a lower reproducibility coefficient (i.e. lower variability) than the Stratus OCT.10 The inter-visit reproducibility coefficient of the average RNFL thickness has been estimated at approximately 5μm for the Cirrus HD-OCT and 11μm for the Stratus OCT. It is expected that the lower measurement variability will translate to a higher sensitivity andspecificity to detect RNFL changes in glaucoma progression.

Interpretation of the Retinal Nerve Fiber Layer Thickness Deviation Map
We devised a diagnostic scoring system taking into consideration the defect size, shape, depth, location and distance from the optic disc to interpret the RNFL thickness deviation map for detection of glaucomatous RNFL defects (see Figure 4).11 These parameters are evaluated because it is well recognized that glaucomatous RNFL defects often are wedge-shaped and occur at the superotemporal and/or inferotemporal parapapillary region.12,13 Each feature is then scored and added up independently. The highest total score is five (glaucomatous RNFL defect) and the lowest score is zero (no RNFL defect). When there is more than one isolated defect in the map, each defect is scored separately and the one with the highest score is recorded. Using this scoring system to grade RNFL defects in glaucoma, we showed that a map score of five had a significantly higher sensitivity compared with clock hour or average RNFL thickness categorical classification by Stratus OCT or Cirrus HD-OCT at a comparable level of specificity.11 This finding indicates that the use of additional spatial RNFL information provided in the RNFL thickness deviation map is important and could enhance the diagnostic performance to detect RNFL damage. Of note, the RNFL thickness deviation map is generated with reference to the built-in normative database, which does not include subjects with spherical error <-8.0D. RNFL distribution pattern in high myopic eyes could be different from those in the normative database. For this reason, it is important to consider both the RNFL thickness map and the RNFL thickness deviation map when interpreting RNFL defects in eyes with high myopia. Analysis of Optic Nerve Head Parameters
The latest version of the Cirrus HD-OCT software (version 5.1) also reports optic nerve head parameters (disc area, rim area, rim/disc area ratio, vertical cup/disc ratio and horizontal cup/disc ratio) in the optic disc cube analysis (see Figure 1). The software automatically detects the termination of Bruch’s membrane as the disc margin. The boundary of the neuroretinal rim is then determined by measuring the thickness of the rim tissue at the optic disc as it turns towards the opening in Bruch’s membrane. The diagnostic performance for detection of glaucoma of the optic nerve head parameters has been shown to be comparable to RNFL measurements.14 Further evaluation is needed to investigate the stability of the measurements and their application to tracking optic disc changes in glaucoma progression.

Analysis of Retinal Nerve Fiber Layer Progression
Evaluation of glaucoma progression is important for the formulation of treatment plans and assessment of disease prognosis. Progressive RNFL thinning can be identified using OCT when the differences between the baseline and the follow-up measurements exceed the test–retest variability of the instrument (event analysis). Another approach to evaluate RNFL progression is to measure its rate of change, usually performed with a linear regression analysis between average or sectorial RNFL thickness and time (trend analysis).

In a longitudinal study following 116 eyes of 64 glaucoma patients for three to five years, we demonstrated that the rate of reduction of average RNFL thickness measured by the Stratus OCT was between -1.2 and -15.4μm/year (median loss -3.3μm/year) and that most eyes (over 80%) did not have RNFL progression.17 Normal aging may not be detected with trend analysis on average RNFL thickness over three to five years. In a prospective study following 128 eyes of 81 patients for 24 months, we compared the performance of the Stratus OCT with the Cirrus HD-OCT for detecting RNFL progression using trend analysis on the average RNFL thickness.18 In this comparison, the Cirrus HD-OCT was found to detect progression in more eyes, and improvement in fewer eyes than the Stratus OCT. The key reasons for the superior performance of the Cirrus HD-OCT for detecting RNFL changes are related to its ability to register and align follow-up images, and to extract serial follow-up RNFL measurements at the same retinal location.

Summary
The advances of spectral-domain OCT technology for RNFL imaging have enhanced the visualization of RNFL damage and improved the detection of RNFL progression in glaucoma. High diagnostic sensitivity and specificity for glaucoma detection have been demonstrated with the Cirrus HD-OCT RNFL thickness deviation map. With trend analysis of average RNFL thicknesses and event analysis of the RNFL thickness change maps and the RNFL thickness profiles, diffuse and focal changes of the RNFL can be followed, and the rate of RNFL progression can be measured. RNFL imaging with spectral-domain OCT can provide important diagnostic and prognostic information in the management of glaucoma.

Christopher Kai-shun Leung, MD, MBChB, has received honoraria for conference presentations and research support from Carl Zeiss Meditec, Inc. The other authors have no conflicts of interest to declare. 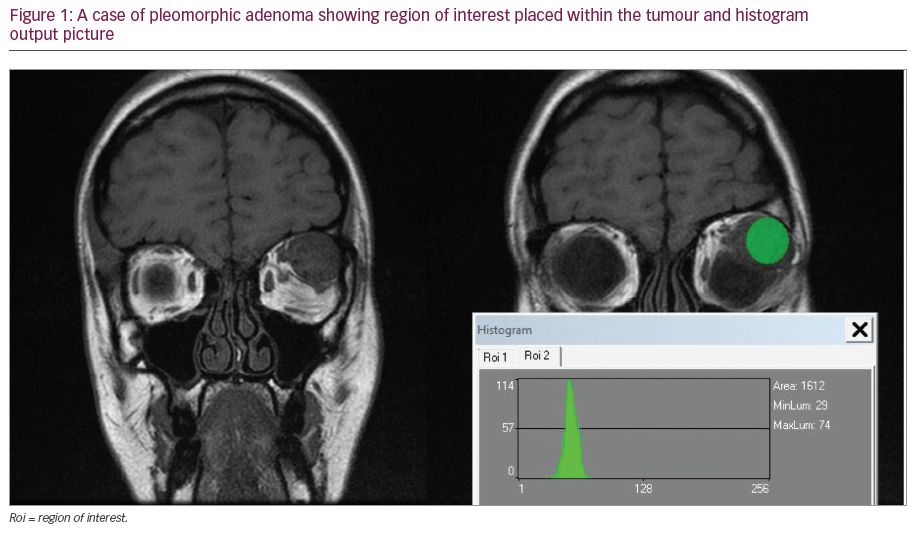